Introducing the C15S Custom Install Subwoofer. Designed for custom installations, the C15S builds on the technology of the X-Series and V-Series subwoofers and goes BIG. With output on par with the dual 10” X-10 subwoofer (without the advantages of Push-Pull) in a single driver enclosure, the C15S is designed to aid enhance custom and large installations. Utilizing a specially tuned VA-500 amplifier, the entire system was custom designed from the ground up to reproduce the deepest notes at levels loud to be heard and felt.

Packaged with the C15S is this dedicated Class D amplifier with high efficiency, cool running and low standby voltage consumption is a further development of the amplifiers built into the popular M&K Sound V Series subwoofers. The Class D witch mode power module is designed with effective lower reserves to effortlessly deliver copious amounts of clean power to the C15S sub for extraordinary, uncompromising handling of demanding lt. 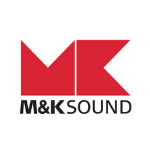