JVC has announced a new Home Theatre Projector using JVC original developed native 4K D-ILA device, “DLA-Z1” which will be available in Europe from late November. This new projector includes a Laser light source “Blu-Escent”, realising a brightness of 3,000lm which also has dynamic light source control, unique for laser, plus 20,000 hours operational life time. Additionally a high brightness, high quality, and vivid 4K picture can be produced thanks to the new lens dedicated for 4K and the new Cinema Filter with wide color gamut.

The new D-ILA device developed this time has narrowed the pixel gap by 31% against former devices to 3.8 ㎛, realising high quality 4K (4096×2160 pixel) picture with the World’s smallest 0.69inch device.
Further, by using both vertical orientation technology and planarization technique, unnecessary scattering and diffraction of light has been decreased to realise high contrast ratio. DLA-Z1 uses three of these 4K D-ILA devices, each device dedicated for the colours Red, Green and Blue.

As a result a smooth, detailed picture without the lattice being seen, can be produced even when using large screen sizes.

The light source will be JVC original Laser technology “Blu-Escent” using a Blue Laser diode. This will mean high brightness of 3,000lm and 20,000 hours long life can coexist.

The improvement of brightness will make compatibility to large size screens over 200inches, and raise the peak brightness on HDR picture, which will bring depth to the picture like you have never experienced on home theatres before.

Using the Laser Diode as the light source, light output can be controlled instantly. This means brightness control can be made without delays compared to the conventional mechanical adjustment (lens aperture). DLA-Z1 can control the laser output accordingly to the scene’s brightness, which creates picture that is close to the human perception.
Also by controlling the laser output when switching scenes or during signal identifications, contrast ratio of ∞:1 has been realised.

The combination of Laser light source and new Cinema Filter can obtain wide colour gamut of 100% DCI P3 and over 80% coverage of BT.2020. The gradation of sky or sea, the crimson red of a rose, the fresh green of trees can be reproduced vividly like never before. It can realise a beautiful picture even when compared to movie theatres for UHD Blu-ray contents, by expressing the various colours contained in the content utilising the wide colour gamut.

Together with the “4K D-ILA” devices, a new 16 group 18 sheets all glass lens and full aluminum lens barrel has been developed. The diameter of the lens is 100mm compared to conventional 65mm, in order to project the
4K resolution to every corner of the screen whilst keeping a wide shift range of 100% vertical, 43% horizontal shift.2 In addition, adopting five anomalous dispersion lenses in accordance to the different refractive index of R/G/B light, the chromatic aberration and color fringing when shifted can be minimised, resulting in precise projection of 4K resolution graphics.

HDR contents like UHD Blu-ray, are contents with extended brightness range, 10bit gradation, wide BT.2020 colour gamut, which demand high specifications to the display equipment. The DLA-Z1, having high contrast ratio with 80% BT.2020 coverage, and dynamic light source control together with high brightness, can let you enjoy the full merit of HDR images

Symmetrical design body with high quality, hairline finished aluminum center part to put accent. Matt black paint is applied to reduce reflections in pitch black theatre rooms. Inside the lens ring, that accentuates the large diameter lens, is a gold alumite ring which adds casual luxury to the model.
Not only that, the rear intake/front exhaust can flexibly adapt to the various environments of installations, and further to ensure long term usages, it employs professional level air filter which can withstand sever conditions.

The demand for 4K home theatre projector is increasing in accordance to the increase of 4K contents like UHD Blu-ray or OTT distribution. Since 2011, JVC has been popular for developing projectors with “e-shift” technology to realise 4K resolution images.
In 2016, for the customers to enjoy the new 4K and HDR images (which could be said to be a visual revolution), new contents, new source equipment, new transmission standards (HDMI/HDCP) has become available at once, and many requests are heard from the customers for a product which can fully project the 4K/HDR images. Therefore, in the pursuit of realising further high quality images, JVC will introduce the new High-end Flagship model “DLA-Z1” loaded with the newly developed 4K ”D-ILA” devices and Laser light source “Blu-Escent”.
“DLA-Z1”, gathering the High definition, high quality technologies which has been developed over many years by JVC, will promise an unforgettable Home Theater experience.

Applying to become the World’s first projector with the “THX 4K Display” approval.

Adopts JVC original blur reduction technology “Clear Motion Drive” which is compatible to 4K60P(4:4:4) and “Motion Enhance” which minimize the motion blurs significantly by optimising the drive of the D-ILA devices. The combination of these two technologies results in smooth and detailed image for a variety of images.

Compatible with “Auto Calibration Function”3, which can calibrate the various pictures under various environments automatically, optimizing the picture accordingly to the viewing environment.

Equipped with “Low Latency Mode” which decrease the input lags from the source.

Ten Installation modes are created for collective management of the settings like Lens Memory, Pixel Adjust, Screen Mask, which may be adjusted depending on the installation.

The latest HDMI/HDCP2.2 standard incorporated for both two HDMI inputs. These latest HDMI inputs are capable of handling data transfer rate up to 18Gbps

If you want to buy the best JVC cinema projectors online than here you are. The latest models at discount prices including free delivery. You can also visit us in store to see our full range of home theatre equipment and to get more advice on how to set up your system for maximum effect. 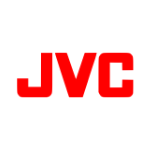